We’re one week closer to the release of All Lined Up on May 13th! ARCS are out in the world, reviews are rolling in, and I’m SO excited. If you haven’t heard about ALL LINED UP, you can check it out on goodreads. You can also read the first thirty four pages. AND… if you need more incentive, those who pre-order ALU and register here will give a BRAND NEW Garrick and Bliss scene Post-Losing It/Keeping Her. Last week, I introduced Carson McClain, the first of multiple sexy football player book boyfriends in my new Rusk University series.

Today, I’m giving you the skinny on our heroine.

I try to get a new perspective in each of my books in an attempt to make sure as many people as possible can “see” themselves in my books and characters. So, with Dallas… I wanted to take a different route from most NA books. One reason it’s so fun to write NA is that the characters are experiencing all kinds of new freedoms and getting to decide who they’re going to be for the rest of their life. For All Lined Up, I threw that out the window and decided to take a look at what college is like for those who don’t get to start over or get the freedom to do whatever they want. There are plenty of people who stay at home after they graduate high school, or go to college in the same town, or with people they knew from high school.
Dallas has spent her whole life surrounded by this:

All she wants from college is to get away and start fresh. She’s a dance major, dying for the day when her father doesn’t control her entire life, and she can move out of Texas and pursue what she loves.
Then she finds out her father has taken the open coaching position at Rusk University, and that escape she’d planned gets crushed by the same thing that always seems to screw up her life: football.
And she feels a bit like this:

But you know… Dallas is a good ole Texas girl. We don’t just take things lying down. So, she sucks it up and heads to her first college party in an attempt to have some fun and blow off steam. That’s where she meets Carson McClain. He’s the kind of guy that can make a girl forget all about why she had decided to hate college.
Then she finds out he’s on her father’s football team. And, well… you see where this is going.

A little more about Dallas:
She’s feisty and direct (aka… brutally honest). That’s what happens when you’re raised by a football coach. She’s snarky and just a touch insecure (aren’t we all?). She’s unemotional and unattached and that’s how she likes it. She prefers to push all of her emotions into her dancing where they’re useful.
And some of my favorite quotes with some potential Dallas’s: 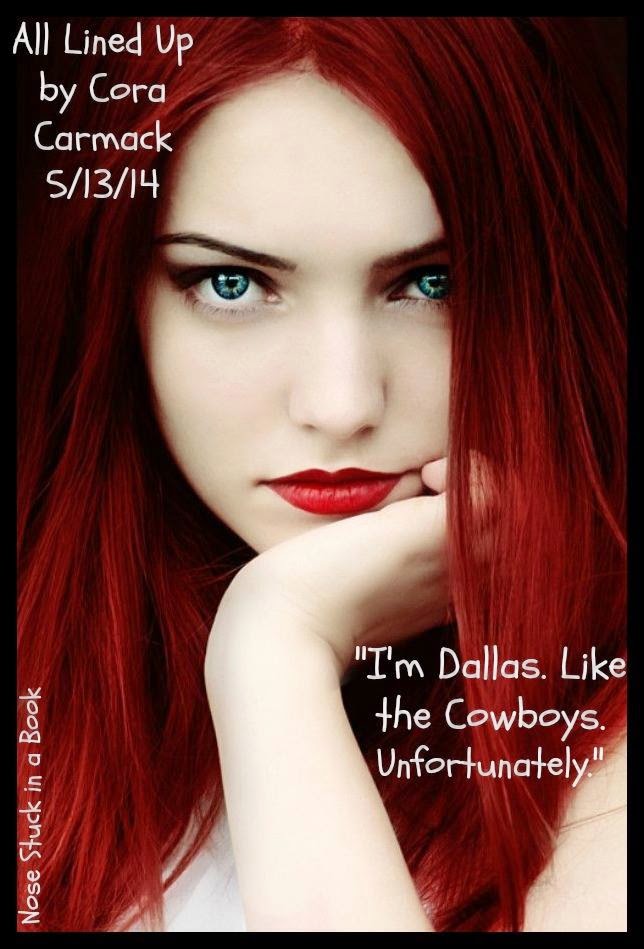 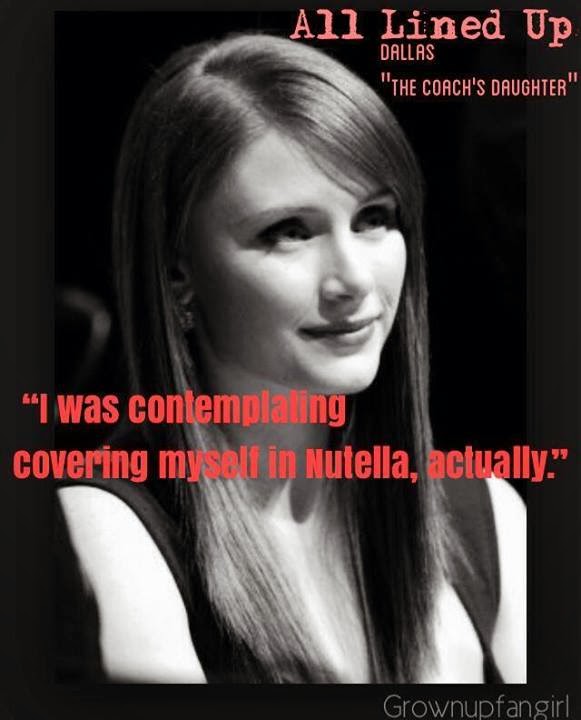 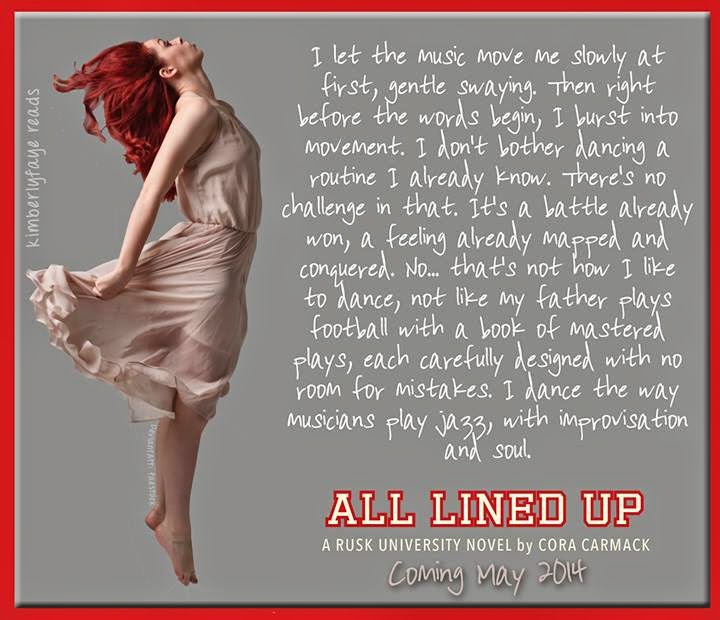 (Thanks to Amber, Yvette, and Kim for the awesome graphics. Love you ladies!)
And that’s my Dallas. I can’t wait for you all to meet her. As a Coach’s daughter, it’s hard for me not to see myself in her, except, you know, way cooler than me.
And now that you’ve met Dallas, you can enter to win a signed advanced copy of All Lined Up!
And if you want to Pre-Order ALU, you get 10 extra entries in the giveaway (plus that new Garrick/Bliss bonus scene I mentioned)!