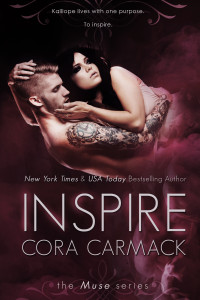 INSPIRE, Book One
Releases December 15, 2014
Buy on Amazon.
Buy on Barnes and Noble.
Buy on iBooks.

Add it on Goodreads.