We’re less than two weeks away from the release of ALL BROKE DOWN!!! ARCs have been distributed, reviews are starting to roll in, and my excitement level is through the freakin’ roof!

If you aren’t yet familiar with All Broke Down, you can check it out on Goodreads. (You can read the FIRST TWO CHAPTERS of All Broke Down, as well as all the teasers I’ve released so far, here!  You can pre-order ABD on Amazon, Barnes&Noble, or iTunes, and you can even pre-order a signed and personalized copy from Word Bookstores (ENDS TODAY 10/17). AND THEN, if you need a little more incentive, those who pre-order All Broke down and then enter their pre-order info HERE will receive an official Rusk University “Back to School” pack that includes a ton of Wildcat goodies – including a Rusk folder, swag, a pen, a temporary tattoo, and a little something special from Book 3, ALL PLAYED OUT!!

If you’re new to the Rusk University series, each book stands alone and can be read without reading the previous books. But if you want to check out book one, All Lined Up, it’s at a special promotional price of $.99 right now as we gear up for All Broke Down’s release!

Today, I’m excited to introduce you all to the heroine of All Broke Down: Dylan Brenner! 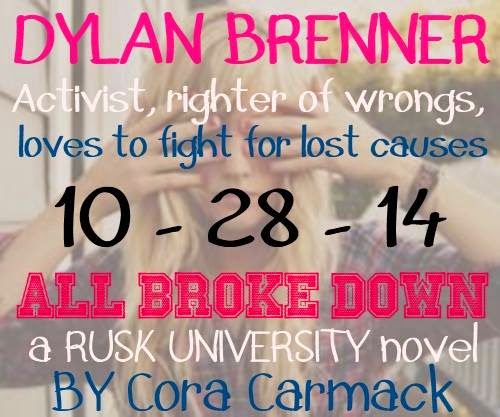 Dylan is a little bit hipster, with a touch of sophistication. These were my inspiration photos when I was writing her: 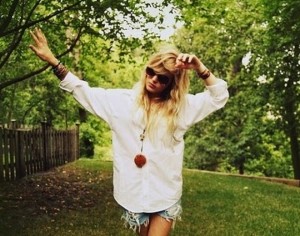 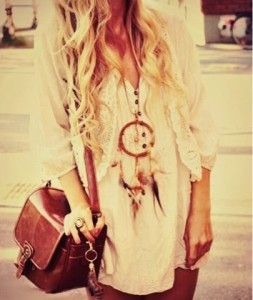 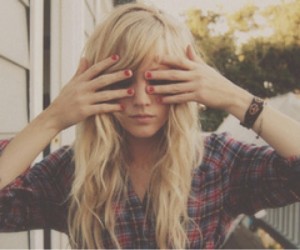 (Yes, I needed an outfit inspiration pic too 😀 ).

Dylan is the ultimate people pleaser. That’s the way she’s always connected with people, always found her worth. She’s the perfect child to her strict and not-so-nurturing adopted parents. She’s the ideal girlfriend for her (likely to be a politician someday) boyfriend. And she’s a compassionate activist for those less fortunate than herself.

Then her boyfriend breaks up with her. She feels like she’s suffocating in her own family. And a lapse in judgement (okay, total mind melt) gets her arrested at what was supposed to be a polite and peaceful protest. Dylan has always been respectful and straight-laced and the ultimate good girl. But she’s about to learn how to live for herself instead of other people, and a certain sexy football player is out to give her a lesson in what it feels like to be a little bad.

Here are a few graphic teasers from All Broke Down to give you a little more of Dylan: 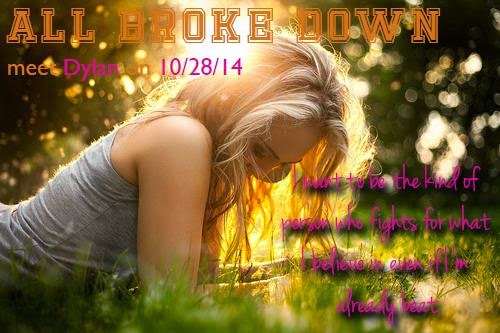 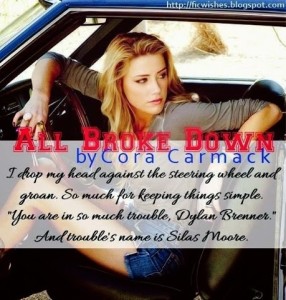 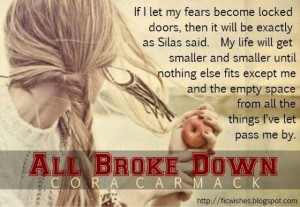 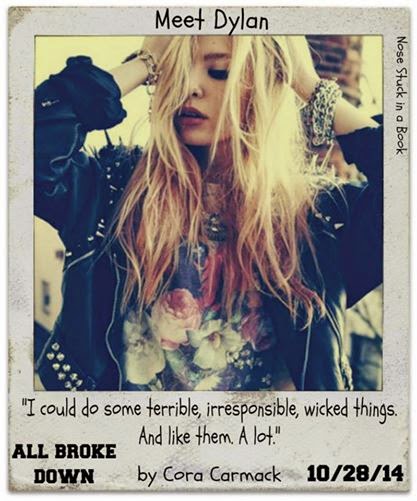 And this one’s not technically Dylan. It’s Silas. But it’s what he thinks about her and is one of my favorite moments in the book. *sigh* 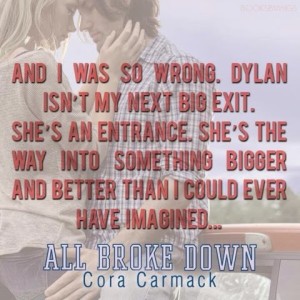 And my favorite Dylan quote (and what could pretty much be the motto for the Rusk University series):
“Why isn’t there a reality TV show filled with hot guys doing sweaty, mouth-watering tasks? Oh, right. That’s called sports.”

Now that you’ve met Dylan, you can enter to win a signed advanced copy of All Broke Down PLUS a Rusk University notebook! It’s perfect for jotting down all your philanthropic ideas….or just writing “Future Mrs. Silas Moore”….not that Dylan does that or anything. (She totally does. Who among us can blame her?) 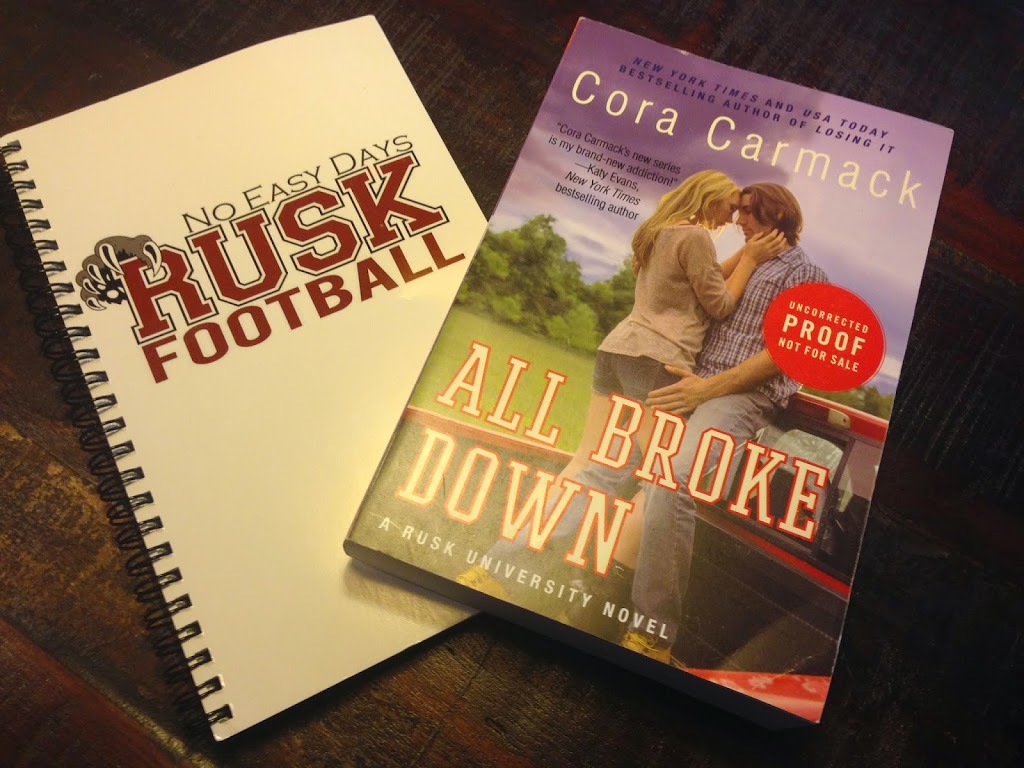