The One with the Photos

In case you guys didn’t believe me about my extreme awkwardness… Here are some outtakes from the photo shoot for my author photos: 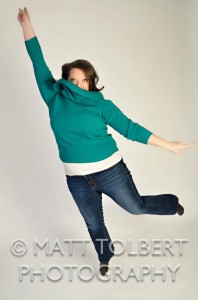 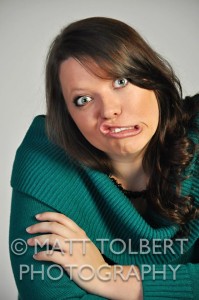 What do you mean this isn’t how I’m supposed to smile? 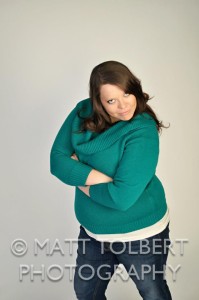 Don’t laugh at me!
Okay… you can laugh. 🙂
HAPPY HOLIDAYS!

The One Where Garrick Goes Home!

Some of you have been waiting a long time to hear this, and I’m happy to say that UK Rights to LOSING IT have sold!

Are you guys as excited as I am?

Cora Carmack’s self-published NYT and USA Today bestseller, LOSING IT, to Gillian Green of Ebury, in a three-book deal, by Kate McLennan of Abner Stein in association with Kathleen Ortiz of New Leaf Literary & Media on behalf of Suzie Townsend.

Told you guys my agents were Ninjas. 🙂

I’ll get you more info on publication dates when I know them!

The One where LOSING IT goes International

Sorry I’ve been MIA. I’ve been locked in the writing cave working on Cade’s companion novel, but I’ve peeked my head out to tell you some very exciting news!

You all know that the New York Times broke the news of LOSING IT selling to Harper Collins, but today the official notice went life on Publisher’s Marketplace along with a few other deals that have been secret until now. Here’s the notice:

Cora Carmack’s self-published NYT and USA Today Bestseller, LOSING IT, about a 22-year old virgin in her last year of college who decides to solve the problem, but her attempt at a one night stand turns disastrous the next morning when she realizes her new theatre professor is the guy she left half naked in her bed eight hours earlier, to Amanda Bergeron at William Morrow, in a major deal, at auction, in a three-book deal, by Suzie Townsend at New Leaf Literary & Media (NA). Rights to Psichogios in Greece, by Nelly Moukakos of JLM Agency, to Random House Korea, by Ally Bang of Eric Yang Agency, to RBA Libros in Spain, by Jennifer Hogue of International Editors, and to Pena in Turkey, by Bengu Ayfer of Akcali Copyright Agency, in association with Kathleen Ortiz of New Leaf Literary & Media.

Yes, my loves. Those are foreign rights sales you see, specifically to Greece, Korea, Spain, and Turkey so far! And RBA Libros in Spain will be distributing to other spanish speaking countries as well! Clearly my agency of awesome (New Leaf Literary) is SLAYING it.

Now I don’t have release dates for those countries yet, but they’ll be there eventually! And hopefully the book will continue to gain interest in other foreign territories. So that all my AMAZINGPANTS fans across the globe can get their hands on paperback copies.
In other news, HarperCollins officially took over sales of the ebook of LOSING IT today, too! That means it’s now available on other ebook websites other than B&N and Amazon! Like iBooks and Kobo! So many of you have been asking about this for so long, so I’m relieved to say it’s up!!! 😀 And Harper Collins is amazing and didn’t raise the price, which means it’s still extremely affordable at $3.99!   *Cough* Cheap Christmas present *Cough*.

*For those of you wondering, you don’t need to buy a new copy of LOSING IT if you have the original (unless you just want to, because you love me). It went through a quick edit for any grammatical errors, but there are no major changes.
And if you haven’t already, you should check out the interview with me posted today on USA Today’s HEA blog!
I’m sure there are more updates that I’m missing, but I’ll catch them next time! Don’t forget to follow me on Twitter and Facebook if you haven’t already!
In Awkward <3,
Cora