The One Where We Go Abroad

Okay, my lovelies! I have news and a request for you all!

We’ve sold foreign rights to LOSING IT in Hungary! Whoo-hoo! Here’s the announcement:

Can we just talk about how awesome my agent peeps are? They are seriously the BEST!
And now for the other news! Ironically enough when I got the news of our deal in Hungary, I was writing a chapter of Kelsey’s novel set in Hungary! Budapest, specifically. I’m sure you guys put this together based on LOSING IT alone, but Kelsey’s story occurs while she’s traveling abroad.
Now, I spent some time backpacking through Europe a few years ago (Um, like five), and though I wanted to go again for this book, I didn’t have time to squeeze in a trip. So, instead I’m doing a lot of research and taking the trip in my mind. LOL.
So my request is this– whether you live in Europe or have visited– what’s your your favorite country/city/place/etc? Is there a particular place you’d like to see Kelsey go? I can’t promise I’ll get her to all the places you guys request (as the traveling has to fit with what’s going on in the story), but if I can fit in a request, I will!
So there it is! Your chance to help influence Kelsey’s book! Tell me about your travels (or about your home) in Europe! I can’t wait to hear about it!
In Awkward <3,
Cora

In Which Cade Does Some Kissing

My Facebook Page now has 1200 likes!!!! You guys are awesome!
SQUEEEEEEEE!

And as a reward, I bring you teasing teaser from Cade’s upcoming book, entitled FAKING IT!
See what I did there? I also gave you the title! Aren’t I nice? A few of you had already put two and two together, but yep, I’m telling you for real now. So, without further ado, here’s a little love from FAKING IT (and it’s from Cade’s POV! You’re welcome):
Two thoughts crossed my mind—one involved a lot of yelling.
I chose the other, and used the hand I was holding to tug her forward into my arms. Her chest pressed into mine, and her lips were millimeters from my own. She exhaled sharply, and I could taste the sweetness of her breath on the air. I saw in her eyes the moment she knew she was wrong, but I wasn’t done proving it to her.
I crushed my mouth to hers.
She gasped, and I slipped my tongue into her mouth. She stayed there for a few seconds, her hands still at her sides, then I felt the tentative touch of her hand against my side, and that was all the permission I needed to continue. I threaded a hand through her hair and wrapped the other around her waist. I walked her backward until her back hit the wall. Her other hand came to my waist, and her fingers pressed deeper into my skin. Her lips were soft and full underneath mine, and I eased up enough to taste them. I tried to kiss her softly. I did, but there was something about her that made me desperate, and I kissed her harder.

All right my lovies, there you go! I’ll do another teaser when the Facebook page hits 1500 likes, so spread the word!

ALSO– if you’re not already following me here, on twitter, and facebook, you’re going to want to! Because I have an EPIC CONTEST planned for you guys, and there will be signed copies of LOSING IT up for grabs! I’m squaring away a few details, but I hope to have info about it for you soon! So don’t miss out just because you’re not following!

Here’s the first of two posts where you can bid to win a signed copy of the U.S. Paperback version of LOSING IT in an effort to raise money to help Patrick McCartney raise money for his cancer treatment. 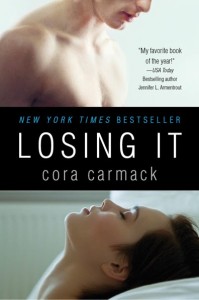 The book doesn’t release until February 26th, so you’ll receive your copy after that. Your copy will not be signed or sent until you’ve followed through on your pledge to donate.

Leave your pledge and a contact email below in the comments.

Thank you in advance! You guys rock!

Here’s the second of two posts where you can bid to win a signed copy of the U.S. Paperback version of LOSING IT in an effort to raise money to help Patrick McCartney raise money for his cancer treatment.

The Auction will remain open through MONDAY, FEBRUARY 4TH 11:59 PM EST. The prize will go to the highest pledge.
The book doesn’t release until February 26th, so you’ll receive your copy after that. Your copy will not be signed or sent until you’ve followed through on your pledge to donate.
Leave your pledge and a contact email below in the comments.
Thank you in advance! You guys rock!

Here’s your chance to be a character in one of my books, Kelsey’s companion novel actually, in an effort to help Patrick McCartney raise money for his cancer treatment.
YOU CAN BE IN A BOOK!

The Auction will remain open through MONDAY, FEBRUARY 4TH 11:59 PM EST. The prize will go to the highest pledge.
I’ll contact the winner directly to find out what name you’d like featured.
Leave your pledge and a contact email below in the comments.
Thank you in advance! You guys rock!

An Opportunity to Give and Get

A very dear friend of mine named Louise recently got some bad news. Her father has been diagnosed with prostate cancer and unfortunately doesn’t have health insurance. They badly need financial help to aid in covering the cost of his treatment. You can read more about him and the campaign to raise money here.

To that end, I’m holding a small charity auction to help spread the word and raise some funds. The Auction will go from now through MONDAY, FEBRUARY 4TH 11:59 PM EST.

I’ll be offering two signed paperback copies of the U.S. version of LOSING IT to the two people who pledge the most money. The book releases one month from today, at which time I’ll sign and send the winners a shiny copy anywhere in the world.

I’ll also be offering up the chance to have a character in Kelsey’s Companion novel named after you (or someone of your choosing), again to the highest pledge.

I don’t know if this will be of any interest to you all, but at the very least, if you only bid what it would cost you to buy the book yourself, it will be greatly appreciated!

Every little bit helps, so whether you place the winning bid or not, I hope you’ll consider donating to help this family out, even if it’s just a few dollars. And if a few dollars isn’t possible, your thoughts and prayers and spreading the word can be just as valuable.

Here are the posts where you can place your bids:

EDIT: The Auction is now CLOSED! Thank you all so much for the support. It was amazing! If you didn’t win, don’t worry! There will be another opportunity to win signed books (a free one) VERY soon!

The One with the Video

Just stopping in to share this AmazingPants video made by an AwesomeSauce fan! You guys should go give her some love in the comments.

The One with All the Updates

Life is a little crazy at the moment, but I wanted to pop in really quickly to give you all a few updates!

1. The LOSING IT ebook is now live in the UK! Here is the Amazon link. That should mean it’s available in Australia, New Zealand, and quite a few other places, but I’m afraid I don’t have a way to check to verify that. So, UK readers and friends of UK readers: spread the word!

2. I’ll be attending the Naughty Mafia Book Signing in LAS VEGAS! The event is August 16-20, and is going to be SO MUCH FUN. There are so many amazing authors attending like Abbi Glines, Molly McAdams, Jessica Sorenson, and like a bazillion more. So, if you’re up for some book fun and gambling, you should come! If you’re going to be there, or think you might, let me know! I can’t wait to meet some of you! 😀 😀

(You know I had to throw in at least one gif).

3. I’ll also be attending the RT Booklovers Convention May 1-5 in Kansas City, MO. This convention has so many amazing authors of both Romance and YA, that I can’t even begin to express how amazing it is. It’s also a great convention for aspiring writers. Check it out, and come if you can!

That’s all the updates I have for now, but stay tuned for more news about books and appearances!

The One Where Things Go Into Fast-Forward

But I have a good reason! I wrote another book! HUZZAH. I finished a draft of Cade’s novel, and am working on edits right this very second! And by right this very second, I mean I am procrastinating right this very second. Potato, potato. Hmm… the phrase doesn’t work so well when you’re writing it instead of saying it. Alas Alack. I’ll be getting you more news about this little guy later!
For now…. Who wants to know a secret? 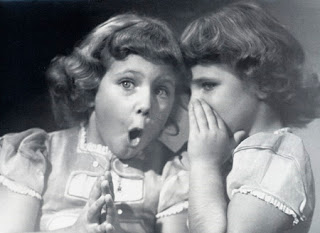 Or rather… who wants me to make a secret less secretive?
Well, here it is! Because you all have been so fabulous about keeping the buzz up about LOSING IT and continuing to spread the word… good things have been happening!
Today, I’ve been given permission to tell you about one of those things!
Are you ready?
I think you are!
So… once upon a time, LOSING IT was scheduled to release in paperback in the U.S. at the end of May. Then… they moved it up (which was awesome) to mid-May.  Today, I’m happy to say it has been moved up again!!!

The release is now scheduled for FEBRUARY 26TH! Can you believe it? They moved it up almost THREE months! I mean, February is like right around the corner! In a month and a half, you’ll be able to buy your very own, shiny print copy of the book! In fact, you can already pre-order it right now on most websites! (Note: the date may not be updated everywhere yet, but I promise the date has officially changed).
This is what I want to do to everyone right now:

LOVETACKLE!
YOU GUYS ARE THE BEST!
In Awkward <3,
Cora