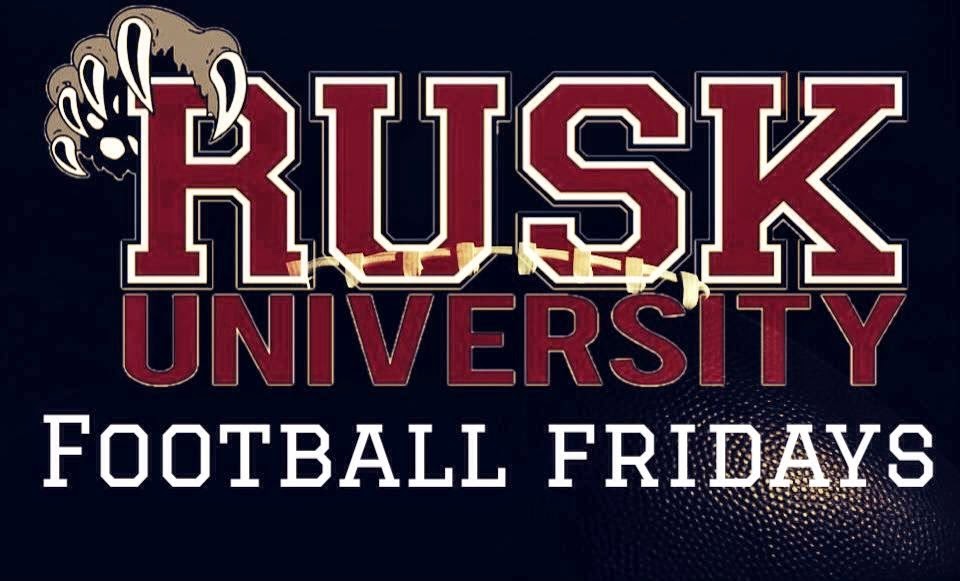 We’re just FOUR DAYS away from the release of ALL BROKE DOWN! 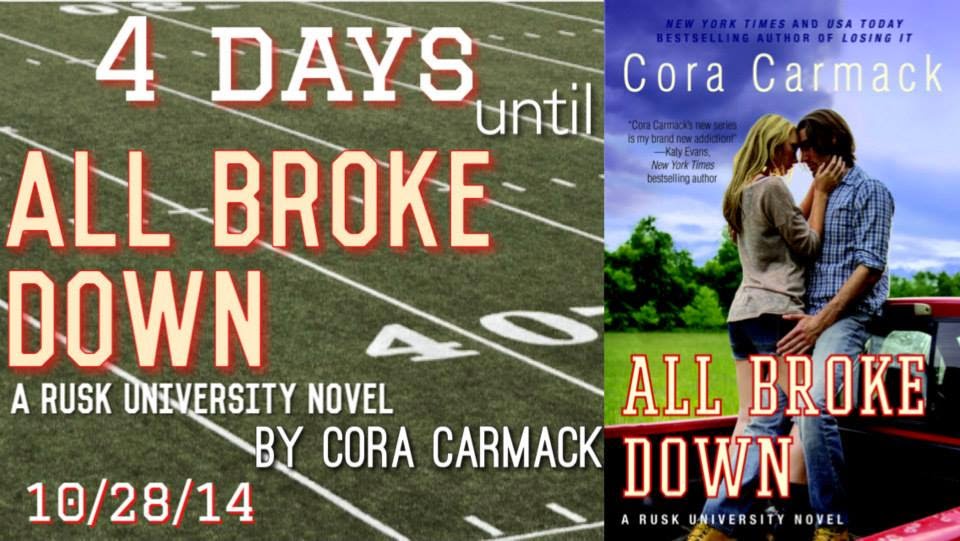 FOUR DAYS!!! Which, as you can probably guess, has me feeling a little bit like this…

and basically a whole lot of this….

If you aren’t yet familiar with All Broke Down, you can check it out on Goodreads, and you can read the FIRST TWO CHAPTERS, as well as all the teasers I’ve released so far, here!  You can pre-order ABD on Amazon, Barnes&Noble, or iTunes. AND THEN, if you need a little more incentive, those who pre-order All Broke down (in any format) and then enter their pre-order info HERE will receive an official Rusk University “Back to School” pack that includes a ton of Wildcat goodies – including a Rusk folder, swag, a pen, a temporary tattoo, and a little something special from Book 3, ALL PLAYED OUT!! (US only).

If you’re new to the Rusk University series, each book stands alone and can be read without reading the previous books. But if you want to check out book one, All Lined Up, it’s at a special promotional price of $.99 right now as we gear up for All Broke Down’s release!

Last week, I introduced you to Dylan Brenner, the heroine of All Broke Down. This week, I’d like to tell you all about my bad boy, Silas Moore!

Ahh… Silas. That dude does something to my heart. If you’ve read All Lined Up, you might think Silas is kind of a jerkface (SPOILER ALERT: he was). While he wasn’t the jerkiest jerkface in that book, he still was one of the antagonists who caused problems for Dallas and Carson. I knew as soon as I started writing him in ALU that he was eventually going to be the hero in one of the later books. I’ve written a lot of nice guys (Can I get an awww for Golden Boy?). And I thought it was about time I try my hand at something different.
He makes some bad decisions. Okay, a lot of them. One of which lands him in a jail holding cell near the beginning of All Broke Down. I wanted him to be a bad boy, but at the same time, I’m not a fan of guys that treat girls badly and behave rudely. So I had to balance his issues with charm. And it was so much fun getting to dissect his behavior and learn why he behaves the way he does. Bottom line: Silas is just looking for a place he fits. Where he feels like he belongs. But that’s tough when you think you’re a screw-up who doesn’t deserve a chance at something better. So a lot of the time, he ends up sabotaging himself.
Another thing I’m not a huge fan of? The idea that love can fix a bad boy. That a girl can somehow turn a jerk into a decent dude with some sexy smooching. Talk about pressure, man. So rather than falling into this cliche or avoiding it completely, I decided to embrace it, and turn it just a little on it’s head. When Silas finds himself in danger of losing his spot on the Rusk football team (the only place where he feels like he’s worth something), he turns to do-gooder Dylan and he asks for the cliche. He wants her to fix him. But he gets more than he bargained for when she puts him to work and makes him volunteer and work with charities. In the end though, Silas is the one who has to change himself. He has to figure out his worth off the field and out of the bedroom.
This is what I picture Silas looking like. *swoon* 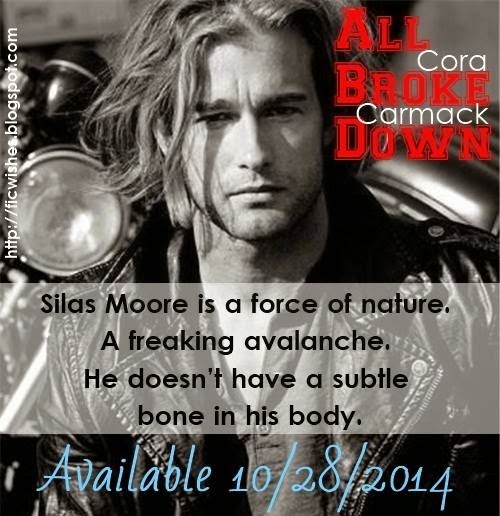 But of course… being the bad boy that he is… Silas doesn’t always play nice. He’s sexy and take charge,  and when he decides he wants Dylan, there’s nothing that will get in his way. 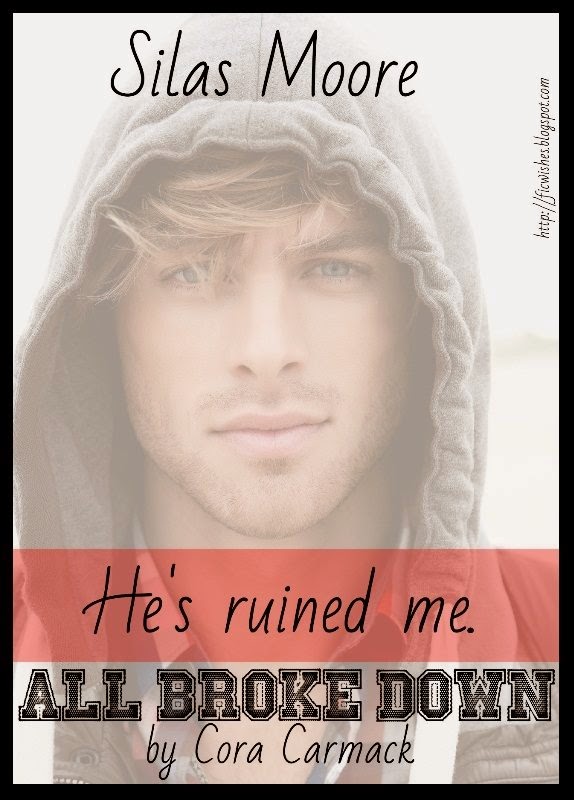 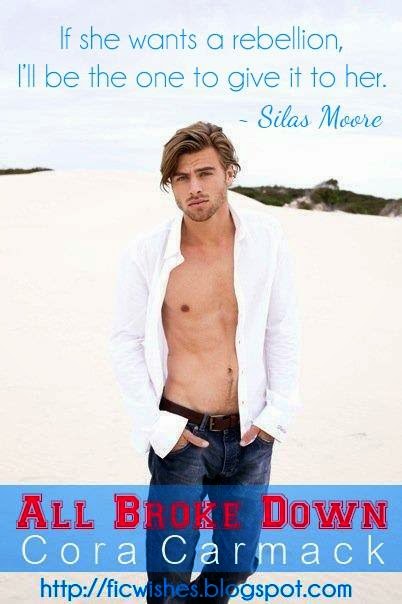 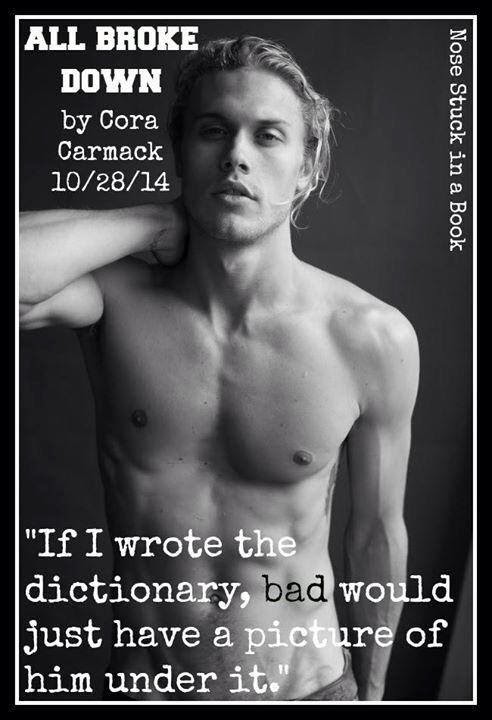 And it just wouldn’t be right to talk about Silas without giving you a little taste of the smexy. So here’ s a little snippet to whet your appetite:
I pull away enough to pop open another button, revealing the top of her cleavage. She shifts closer, and she’s soft everywhere I’m hard, and the friction turns my spine into a live wire.
“For the record, I still think this might be a bad idea.”
“For the record, I think it’s the best idea I’ve ever had.”
Her fingers trace lightly back and forth over the back of my neck, and I’m a ticking time bomb. Each stroke makes my fuse a little bit shorter, and I need to get those buttons undone before I forget about not destroying her shirt.
With an agility and speed that I was missing today in practice, I have the rest of her buttons undone and her shirt open in seconds. Her bra is this pale purple that cups her small breasts perfectly. Her narrow waist flares out into curvy hips covered by a snug skirt. I can’t decide whether I want the skirt off or hiked up around her waist.
Deciding on the latter, I grip her hips and lift her up onto the kitchen counter. There’s a certain appeal in seeing her still in those fancy clothes, but pulled and bunched and revealed however I can manage. I love to see her go from pristine to disheveled all because of me. Slowly, I push the edge of her skirt up her thighs. When I can’t move it any farther, I say, “Lift up your hips.”
She wets her bottom lip, and my cock twitches at the sight. Her nerves just kick up my adrenaline. I give her a few seconds to adjust, taking two steps back to look at her.
She snaps her legs closed and sits up straight. “What are you doing?”
“Trying to decide exactly what I want to do to you.”
She hunches over, shaking her head and laughing under her breath. “It’s like you’re trying to give me a heart attack.”
“I don’t want to give you a heart attack. I want to make you come. The question is just how.”
She tilts her head to the side and blinks at me. “How are you so comfortable with this?”
I don’t think she wants the real answer to her question . . . that I’ve been doing this for a very long time, since before I was really even old enough to understand half of what I was doing.
“I just know what I want, what I like. And if you’ll let me, I’ll help you figure that out, too. You want that?”
Tentatively, she nods. I cross to her again and slide my hands up her thighs to where I left off with her skirt.
“So, tell me what you like, Dylan Brenner.”

MEEEEEEEEEEEEEEEEEEP. (If you want to see some more sexy Silas excerpts, check out ones that I’ve previously posted here).

I’d love it if you’d join me at the All Broke Down Pep Rally on October 27&28! It’s an online party, so you can attend from anywhere in the world (in your pajamas if you so choose), and we have an amazing line-up of guest authors who will be popping in throughout the day, and there’s going to be lots of giveaways and Wildcat-related fun! And in the spirit of Dylan and her charitable ways, if we get 350 people to RSVP to the event, I’ll donate $350 to a local non-profit homeless shelter. You can find more details about that at the pep rally link above. But I’d love for you to attend! And bring a friend!

There’s something about being so close to release day that makes me want to give stuff away…and since we’re four days away, that means there’s still time to win an ADVANCED copy of All Broke Down! Enter the rafflecopter below for your chance to win a signed ARC of All Broke Down and an official Rusk University tote! 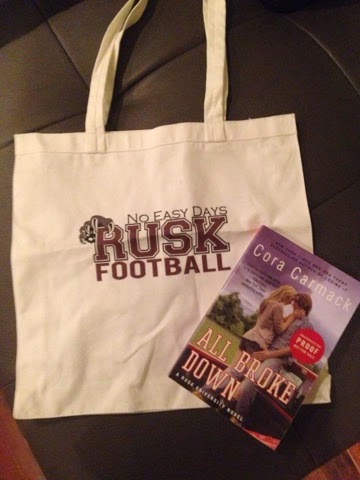