The One with ALL the All Broke Down things!!

Happy October, everyone! I love this month. 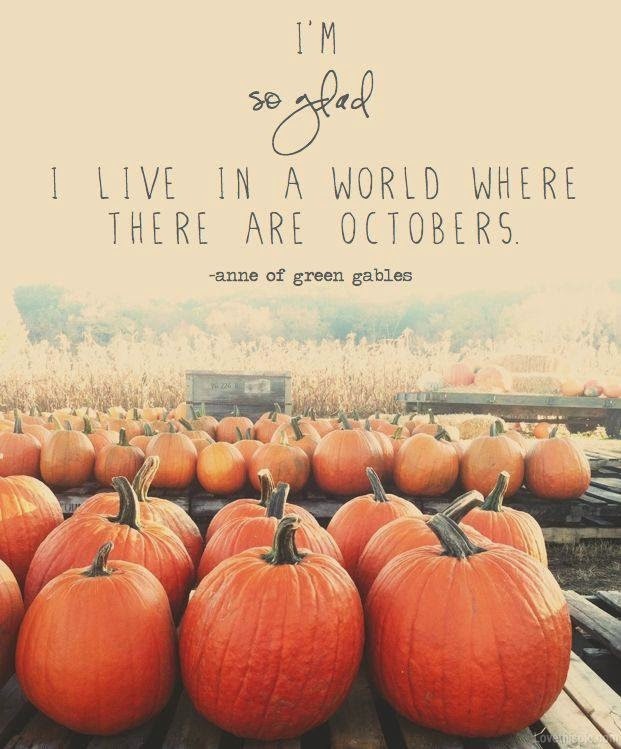 October 15th will mark my two year anniversary in publishing. It’s crazy to me… CRAZY… that it’s only been two years. I’ve met so many amazing people and been so many places and loved so many characters. And thank you to everyone who buys my books and has made this dream possible.

THIS October, something especially exciting is happening on the 28th. Do you know what it is? You probably do. Go ahead, guess. If you said “the release of ALL BROKE DOWN”, you’re right!!! 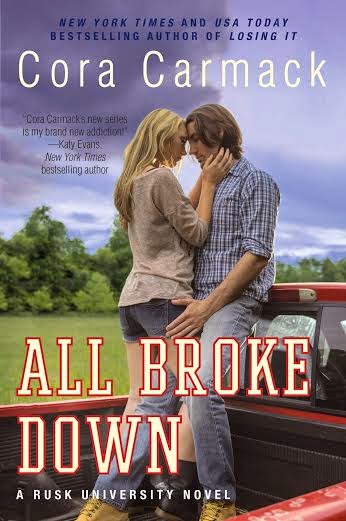 Dylan fights for lost causes. Probably because she used to be one.
Environmental issues, civil rights, education—you name it, she’s probably been involved in a protest. When her latest cause lands her in jail for a few hours, she meets Silas Moore. He’s in for a different kind of fighting. And though he’s arrogant and not at all her type, she can’t help being fascinated with him. Yet another lost cause.
Football and trouble are the only things that have ever come naturally to Silas. And it’s trouble that lands him in a cell next to do-gooder Dylan. He’s met girls like her before—fixers, he calls them, desperate to heal the damage and make him into their ideal boyfriend. But he doesn’t think he’s broken, and he definitely doesn’t need a girlfriend trying to change him. Until, that is, his anger issues and rash decisions threaten the only thing he really cares about, his spot on the Rusk University football team. Dylan might just be the perfect girl to help.
Because Silas Moore needs some fixing after all.
YOU GUYS. I feel like a broken record because I keep saying this – but I am SO EXCITED for you to read this book. It’s the longest one I’ve written so far, and the steamiest *blush*. If you’re like me, you’re looking at your calendar and thinking “But the 28th is so far awaaaaaaaayyyyy.” But there’s a lot you can do between now and then: You can add it on Goodreads! You can pre-order on Amazon, Barnes&Noble, and iTunes! You can even pre-order a SIGNED copy through Word Bookstores!
AND, once you’ve pre-ordered your copy, you can enter your information HERE and you’ll get an official Rusk University “Back to School” kit, including a Rusk University folder, a pen, some temporary tattoos and more!

A few days ago, I issued a challenge to you and said that as soon as All Broke Down got to 3800 adds on Goodreads, I would post the first chapter. And guess what? We made it! So….without further ado….I am pleased to share with you the FIRST CHAPTER OF ALL BROKE DOWN!!!

UPDATE: All Broke Down hit 4200 adds on goodreads – which means you get chapters one AND two!! 😀

Chapter 1 of All Broke Down by Cora Carmack

And, if you STILL can’t wait for October 28, you can read ALL of the teasers I’ve posted for All Broke Down so far!

From the New Adult Day FB Party: October 2 – Dylan’s POV
“I really am sorry. I promise I won’t make you—”
I don’t get the rest of my thought out because he sits up on one elbow, grips the back of my neck, and bends over to cover my mouth with his. His lips are warm, and when I don’t immediately open my mouth, he nips my bottom lip. I suck in a breath, and his tongue sweeps past my lips. My whole body braces for the onslaught that is kissing Silas Moore, but this time, he’s soft and sweet and patient, like we have all the time in the world. When I follow his tongue back into his mouth, he groans. The sound vibrates against me, and the sensation echoes out over the rest of my body. I shiver, and he pulls back until I feel only his breath against me.
“I told you I would shut you up the next time you apologized.”
He slides his hand around to cup my jaw and kisses me again. Once. Twice. And a third time. Hard. Then soft. Just my bottom lip. The corner of my mouth. His lips play over mine like he’s trying to uncover every possible way to kiss me and check them off the list one by one. I open my mouth immediately when his tongue flicks out, but I taste him for only a second before he pulls away, wincing. He falls back against his pillow, and I notice for the first time that one of his cold packs has fallen on the floor, and the other is lost somewhere in the couch.
“Why didn’t you tell me you were hurting?”
“Because then I would have had to stop.”

He lifts himself off me and stands next to the couch. When he offers his hand, I take it, and he leads me up the stairs to his room. He closes the door once he has me inside, and a trickle of nerves bubbles up in my chest.

I need something, anything to say. “I didn’t expect your room to be clean.”

He shrugs and reaches up to tuck my hair behind my ears.

“I’ve not had much in my life that is just mine. Makes you determined to take care of what you have while you have it.”

His hand pauses in combing through my hair, gripping tight. “Are you saying you’re mine?”

He warns me, “You don’t want to give me free rein here, baby.”

“That’s exactly what I want.”

“I don’t think you understand just what I want to do to you. You don’t want to be mine, but if you gave me my way, I’d own every part of you. I’d make sure you could never look at or touch your own body without remembering what I did to it. I’d take and take and when you think there’s nothing left, I’d take a little more. I’m okay with being selfish where you’re concerned.”

I keep her steady with my hands at her waist and say, “I’ll make you a deal. A question for a kiss.”

Tentatively, she lays her palms against my shoulders. They rest there, her grip light and casual. She ponders my offer for a moment, and it drives me mad that she can do that while our hips are inches away from alignment.

I cut her off. “Not so fast, Dylan Brenner. I’ve already answered one question. We’ve got to settle up first.”

I wrap her braid around my hand like I’ve been waiting to do all night, and I use it to pull her head back just enough that I can crush my mouth against hers.

I ring the doorbell again, and then raise my hand to knock for good measure, but before my knuckles meet the wood, the door is ripped backward and I hear a gruff, “What?”

I hear his question, but my brain is a little stuck on the fact that Silas is wearing only a towel around his waist and is dripping water all over the floor. I open my mouth to say something, anything, but then I get distracted watching a bead of water slope down over one pectoral muscle. He has a massive geometric tattoo that starts on his shoulder and continues onto his chest. I watch that same bead of water cut through the black lines of his tattoo and escape into the valley down the middle of his abdomen.

Then it falls below the line of his towel, and I’m just standing there, staring at the one part of his body that’s covered, and if there was an ounce of supernatural ability in me, that towel might have accidentally fallen to the ground.

But alas, I am not supernatural. Though his abs might be.

I’m still staring at his crotch when he asks, “You need something?”

“Dylan?”
I turn.
“He was wrong about the other thing, though.”
“What other thing?”
“If they hadn’t walked in . . . I wouldn’t have been done with you. Once never would have been enough.”
I leave.
I leave before I give in to the need to touch him again, to coax that look back to life. I leave before I fulfill my own prophecy and dive headfirst into something that could ruin me. Ruin us both.
It’s not until I’m climbing back into my car that I realize that I didn’t get my underwear back.
I drop my head against the steering wheel and groan. So much for keeping things simple. “You are in so much trouble, Dylan Brenner.”
And trouble’s name is Silas Moore.

I grip the counter on either side of her and push forward. Her arms bend until they’re trapped between our chests. I lean in until our mouths are inches apart, until I can taste her breath.

She sucks her bottom lip between her teeth for a second, and when she lets go, it’s wet and rosy, and I want to pull it between my teeth, too.

“You don’t have to have everything figured out. God knows, I don’t. I’m just asking about right now, in this moment. Do you want me?”

Instead of trying to push me away again, the hands on my chest smooth upward. Then slowly, she slides her hands around my neck until my chest is flat against that smooth, silky shirt.

“Of course I want you. Have you seen you?”

She swallows, and her eyes bore into mine when she replies, “Yeah, I think you do.”

I pull away enough to pop open another button, revealing the top of her cleavage. She shifts closer, and she’s soft everywhere I’m hard, and the friction turns my spine into a live wire.

“For the record, I still think this might be a bad idea.”

“For the record, I think it’s the best idea I’ve ever had.”

I give in to the itch to touch her and start at her bare shoulder, dragging a finger along until I can curve my whole hand around the back of her neck.
“You’re gonna have to stop trying to analyze me. I’m really not that complicated.”
For a girl like her, analyzing is step one. Fixing me would be step two.
She leans her head to the side, and my hand falls away from her neck.
“Tell me about the fight tonight.”
And so it begins. “Why?”
“Tell me about the fight. Let me clean up your hands. And then, I promise to let you teach me how to party. Or whatever.”
I feel like I’ve just stepped into a courtroom, and am being outnegotiated.
“So we’re making deals, are we?”
She smiles. “I suppose we are.”
I reach up again, and this time she doesn’t pull away when I curl my fingers around the back of her neck. I brush my thumb over her pulse point . . . feel that thin, vulnerable skin, and fuck, beneath that bossy exterior, I can see her nerves. But they’re different now. She doesn’t look scared or uncomfortable. Her heart is racing, blood pulsing fast beneath my finger, and she’s taking these tiny sharp breaths. It turns me on in a way I don’t even understand. Normally, the skittish, inexperienced types send me running. But the thought of teaching her anything makes my jeans feel too tight. I want her on her back in my bed, legs spread wide, eyes big and blue, lips parted, mouth babbling that nervous nonsense until I make her forget what she’s saying, forget how to talk altogether.
I want to forget myself in her, too, steal some of her sunshine, and give this pristine, perfect girl a taste of what it’s like to get a little dirty.