The One with The BEAUTIFUL NEW COVERS!!!

I’ve been pretty silent lately. Life has been busy. I spent two weeks in Australia for vacation and a signing (which was AMAZING and exhausting), and then as soon as I got back to the States, I moved apartments. And BOY did I have a lot of books to move. I’m also finishing up a first draft of my first ever YA fantasy book, which you can read more about here!

I wish moving all of my books had looked this effortless.

Many of you have been incredibly patient as you waited for news about new books from me, and I apologize for making you wait. But 2015 has been a year of ups and downs for me. I’ve gone through a massive reading slump, followed by a writing slump that put me off my game and off my schedule. Those frustrating things have been sprinkled with awesome things like the new YA series and ALL PLAYED OUT being named one of Amazon’s best romances of 2015 . Slowly, but surely, I’ve been getting back into the swing of things, and I’m so excited to be able to reveal not only the cover for my next book, INFLICT, but also a brand new cover for INSPIRE, the first book in the series!

Don’t get me wrong. I loved the old cover. But considering Kalli and Wilder have some of the sexiest scenes I’ve ever written, we thought the outside of the book should have a sexy cover to match. Because who doesn’t love a sexy cover? And we also wanted to make sure my romance books are clearly defined as I prepare to branch my career out into Young Adult fiction as well.

So without further ado, we’ll start with the brand new INSPIRE cover! Designed by Regina Wamba from Mae I Design (OMG. She’s amazing!) 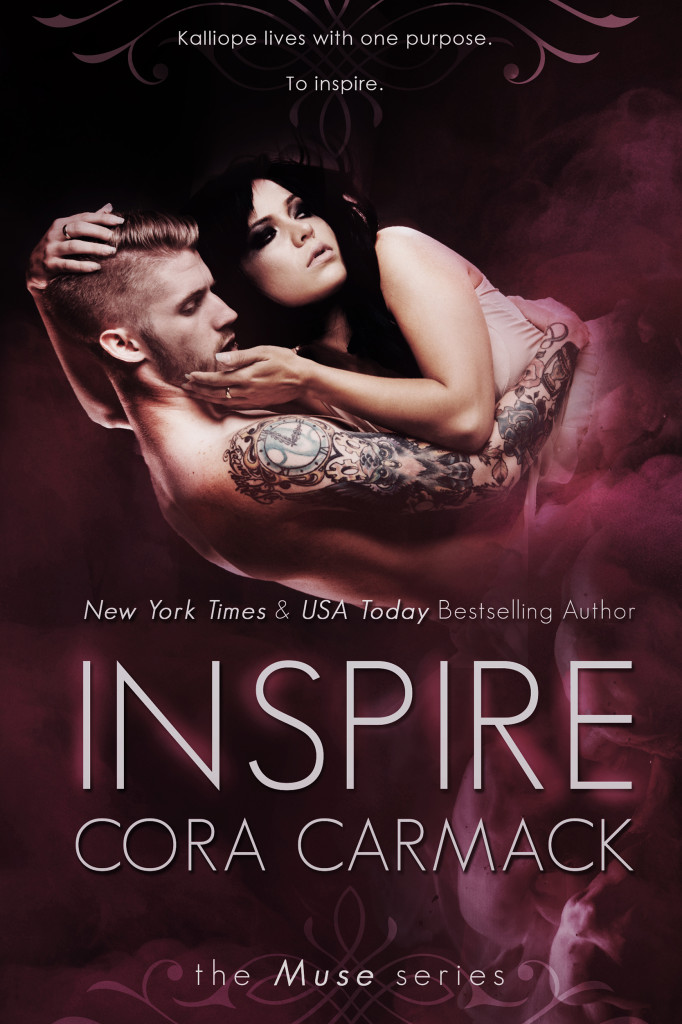 I LOVE IT SO MUCH I WANT TO SCREAM!

In case you haven’t read INSPIRE, here’s a little more about it:

Kalliope lives with one purpose.
To inspire.

Her presence may inspire genius.
But it breeds madness, too.

Don’t be frightened off by the paranormal nature of this book! I promise it is still very much a romance at its heart. And since Wilder is completely human, it still has lots of the NA goodness you find in my contemporary books. Did I mention it might be my sexiest book ever? Because it is. Also… can we talk about the new cover model’s tattoos? Because SWOON.

Inspire is currently available to borrow FOR FREE on Kindle Unlimited!  The e-book cover of Inspire should switch over very quickly, but if you want to order a paperback of the old cover, you should do so now. It sometimes takes time for them to switch things over to the new cover, so you’ve got a little bit of a window to snatch up the original before it’s no longer available.

And now for the first time EVER, you can also get INSPIRE in audio! If you’re anything like me, I am ADDICTED to audiobooks. I listen to them while I’m driving or getting ready in the morning or eating lunch. So if that’s your jam, check it out!

NOW ARE YOU READY TO SWOON SOME MORE?

Because the INFLICT cover is also ready, and it’s my favorite cover of any of my books ever (Sorry Mateo and Nell! I still love you and your adorableness on the APO cover). From the moment Regina sent me this cover, I was OBSESSED. She barely had to make any adjustments because it was amazing from the very beginning. It perfectly captures the tone of this book, and it makes my heart ache just looking at it! 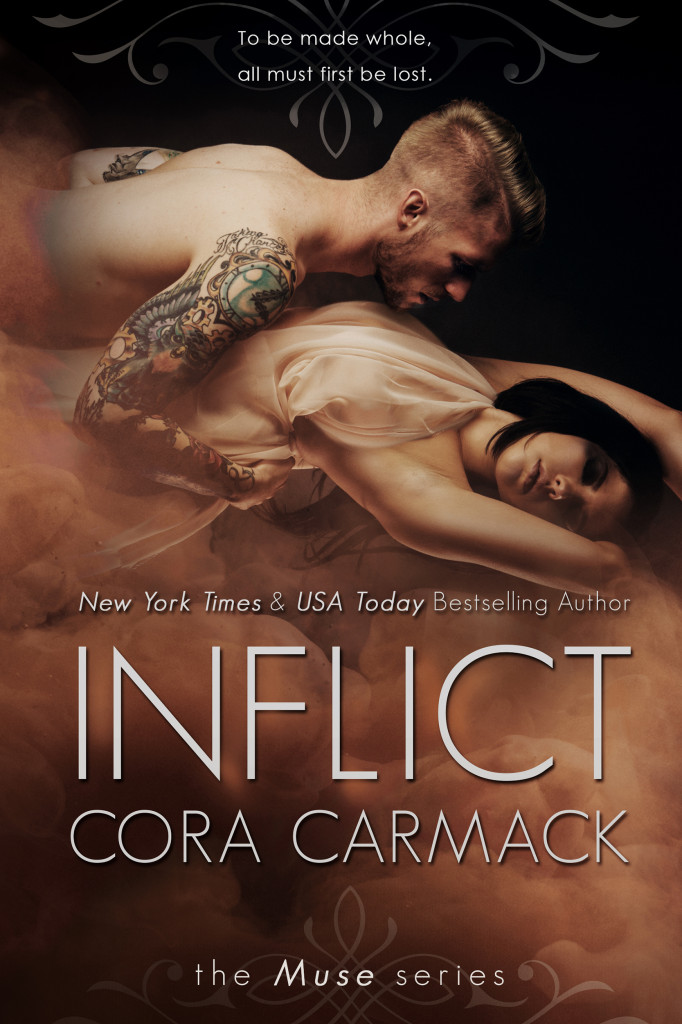 AHHHHHH. Isn’t it gorgeous? I am SO in love with it! Huge thanks again  to Regina at Mae I Design for the photography and mad design skills! And thanks to the gorgeous models Jenessa and Michael, who gave me so many amazing photos to choose from!

And because I know many of you have been dying for more about Kalli and Wilder after the end of INSPIRE, here’s the cover copy of INFLICT to give you a better idea of what’s coming in book two!

I am so, so excited for this book. Getting to write about my version of the Underworld is pretty much the coolest thing ever, and there are so many twists and turns still left in store for Kalli and Wilder. And so many sexy times too (OF COURSE).

INFLICT will be releasing in January 2016. Sorry, I still don’t have an exact date for you, but I promise to let you all know as soon as I am able. The best way to make sure you never miss major news from me is to sign up for my newsletter. Or follow me on social media! You can find me on my Facebook page, my Facebook group Cora’s Crew, Twitter, Instagram, and Pinterest. You can also add INFLICT on Goodreads.

Are you ready for January? There’s so much coming. SO MUCH. Keep an eye on my social media and newsletter in the coming months for sneak peeks of what’s in store for Kalli and Wilder!

P.S. In other Cora news, check out my events page for signings coming up in 2016! I’ll be in Dallas, Savannah, Denver, and more!